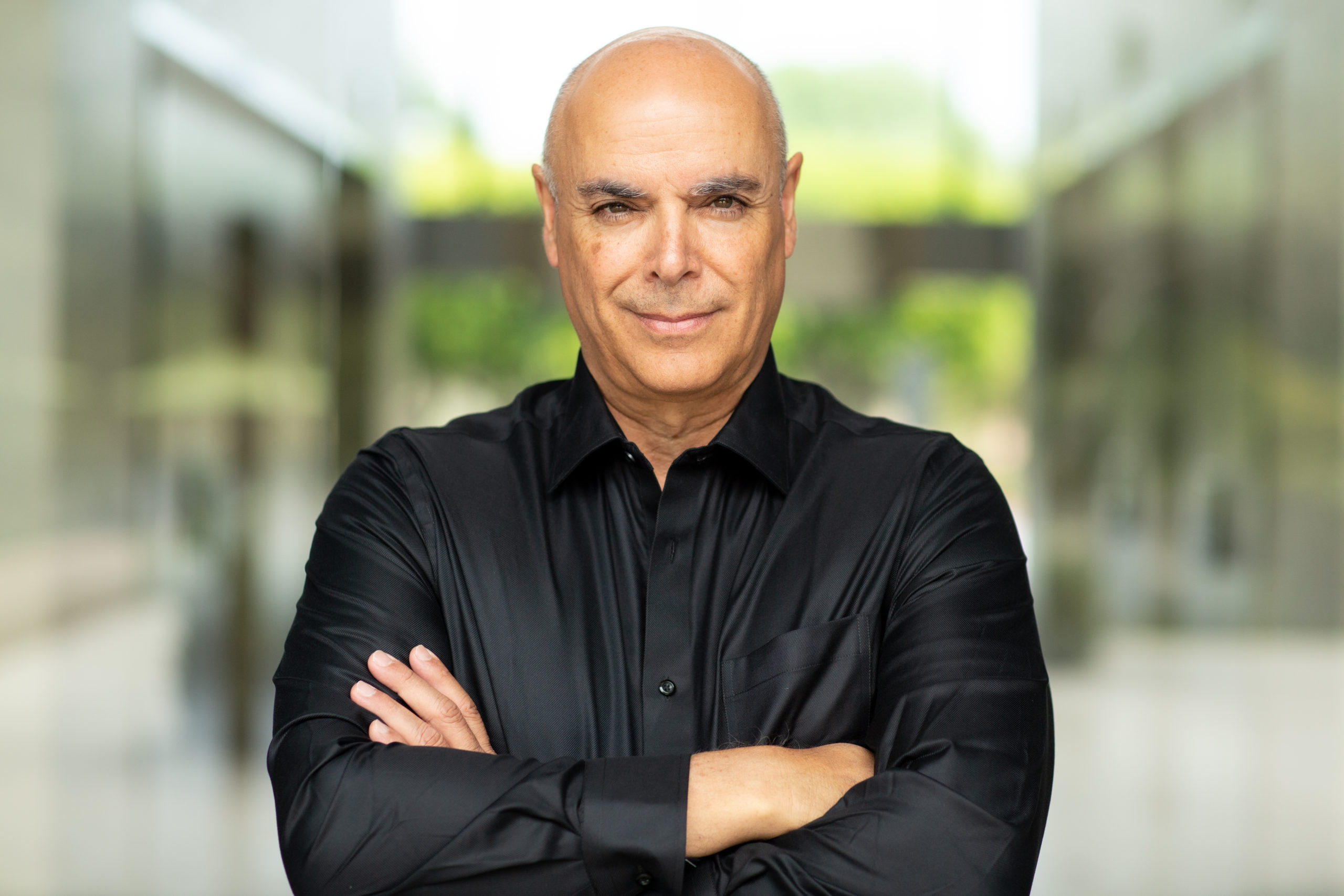 Ben Errez has acted as Chairman of our Board, Executive Vice President, Principal Financial Officer and Principal Accounting Officer since July 2017. He has brought this expertise to the Company to lead the Company into the forefront of the blockchain-based financial software, services and hardware market. Since 2017, Errez has been a principal of the GreenBox Business. From August 2004 until August 2015, Errez formed the start-up IHC Capital, where he held the position of Principal Consultant from founding to the present date, through which he advises clients in the South Pacific region with market capitalizations ranging from $50M to $150M on matters such as commerce, security, reliability and privacy. From January 1991 to August 2004, he served as Software Development Lead for the Microsoft International Product Group. He led the International Microsoft Office Components team (Word, Excel, PowerPoint) in design, engineering, development and successful deployment. He also served as Executive Representative of Microsoft Office and was a founding member of the Microsoft Trustworthy Computing Forum, both within the company, and internationally. Errez co-authored the first Microsoft Trustworthy Computing Paper on Reliability. At Microsoft, Mr. Errez was responsible for the development of the first Microsoft software translation Software Development Kit (“SDK”) in Hebrew, Arabic, Thai and Simplified Chinese, as well as the development of the first bidirectional extensions to Rich Text Format (“RTF”) file format, all bidirectional extensions in text converters for Microsoft Office, and contributed to the development of the international extensions to the Unicode standard to include bidirectional requirements under the World Wide Web Consortium (“W3C”). He received his Bachelor Degree in Mathematics and Computer Science from the Hebrew University. 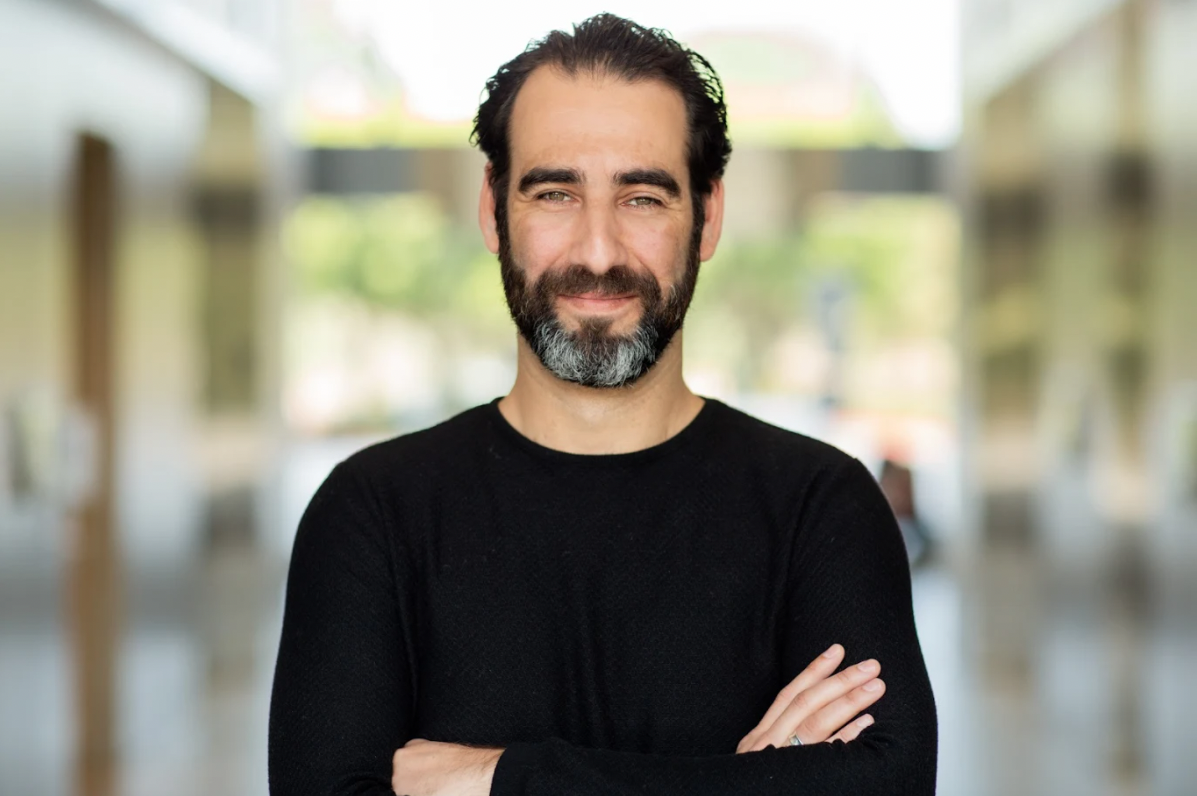 Fredi Nisan has served as a Director and our Chief Executive Office since July 2017, and has been a principal of the Company since August 2017. In May 2016, Nisan founded Firmness, LLC. Through Firmness, Nisan created “QuickCitizen,” a software program that simpliﬁes the onboarding process for new clients of law ﬁrms specializing in immigration issues. The QuickCitizen software significantly reduced law firm’s onboarding processing time from more than three hours to approximately fifteen minutes. In January 2010, Nisan launched Brava POS, where he served as President until 2015. Brava POS provided point of sale (“POS”) systems for specialty retail companies. Nisan developed software to provide clients with solutions for issues ranging from inventory management to payroll to processing high volume transactions in the form of a cloud-based POS system. This system had the capability to manage multiple stores with centralized inventory and process sales without an internet connection, and oﬀered a secure login for each employee, as well as including advanced inventory management and reporting, plus powerful functionality for its end users.  From January 2007 until November 2017, Nisan worked for One Coach, in San Diego, CA, as a business coach. One Coach specializes in customized growth solutions for small business owners, including the latest strategies for sales, internet marketing, branding and ROI. Nisan was consistently ranked as the top salesperson for small business coaching while working with One Coach. 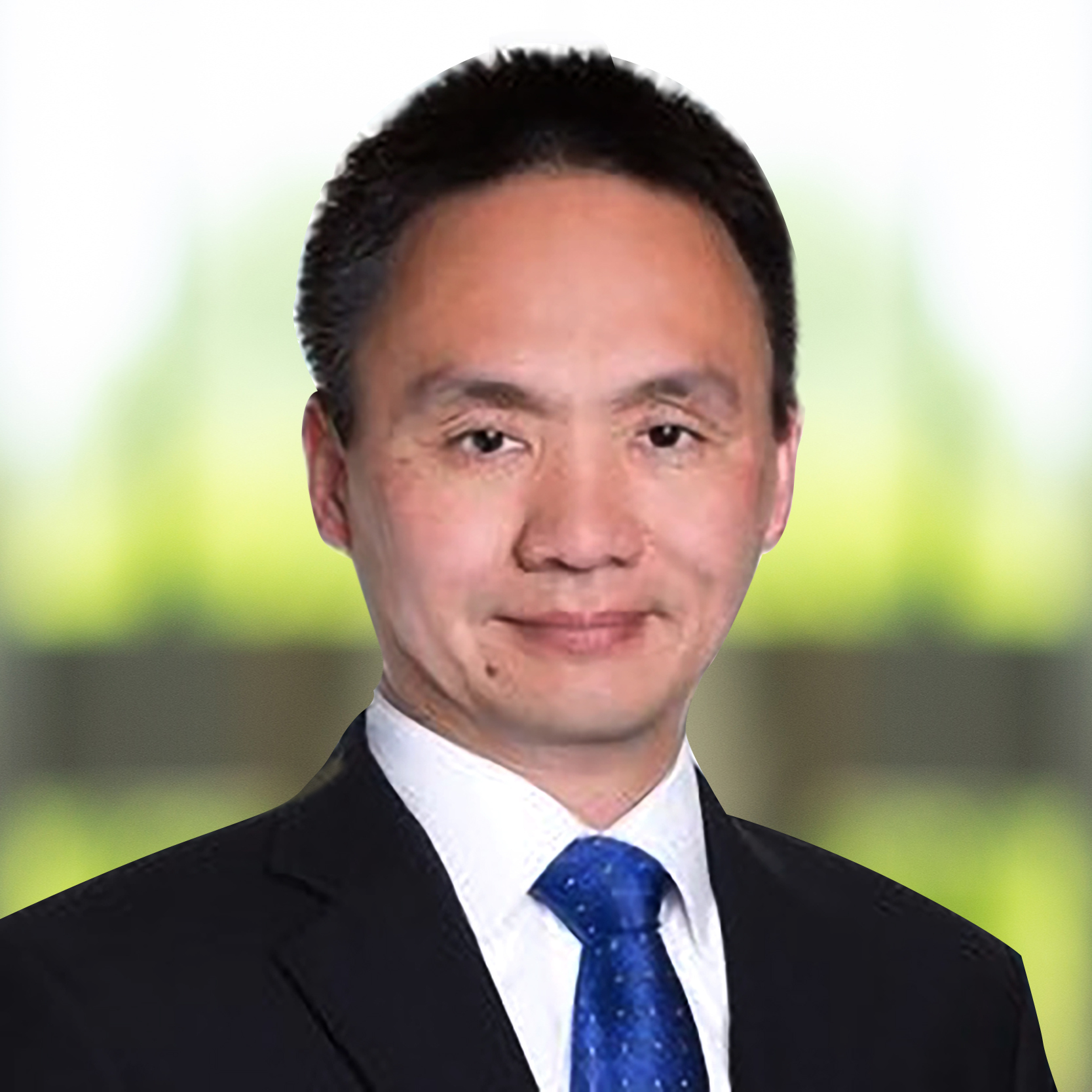 With a strong history of organizational and strategic leadership, Mr. Wei is an accomplished operations executive with extensive experience in overseeing and managing the strategic vision while driving operational, managerial and administrative excellence to foster growth. Mr. Wei has built and led teams in international tech companies over the past 20+ years. Prior to joining GreenBox, he was Senior VP, Chief Customer Officer at Cubic Corporation where he led the cultural shift of winning the customer and Senior Vice President of Operations at Cubic’s transportation business where he successfully led global service strategy, transformation and technology driven innovation that significantly improved 24x7x365 service performance and user experience for major public transit payment management systems serving 50 million+ people globally. Previously Mr. Wei also held executive positions at Cubic, ERG, and a number of tech companies where he oversaw financial management, business operations and M&A integrations. Mr. Wei is active in promoting technology advancement and digital transformation and has served on the advisory board at technology service industry association. He holds an MBA with an emphasis in finance, banking and international business from the University of San Francisco. 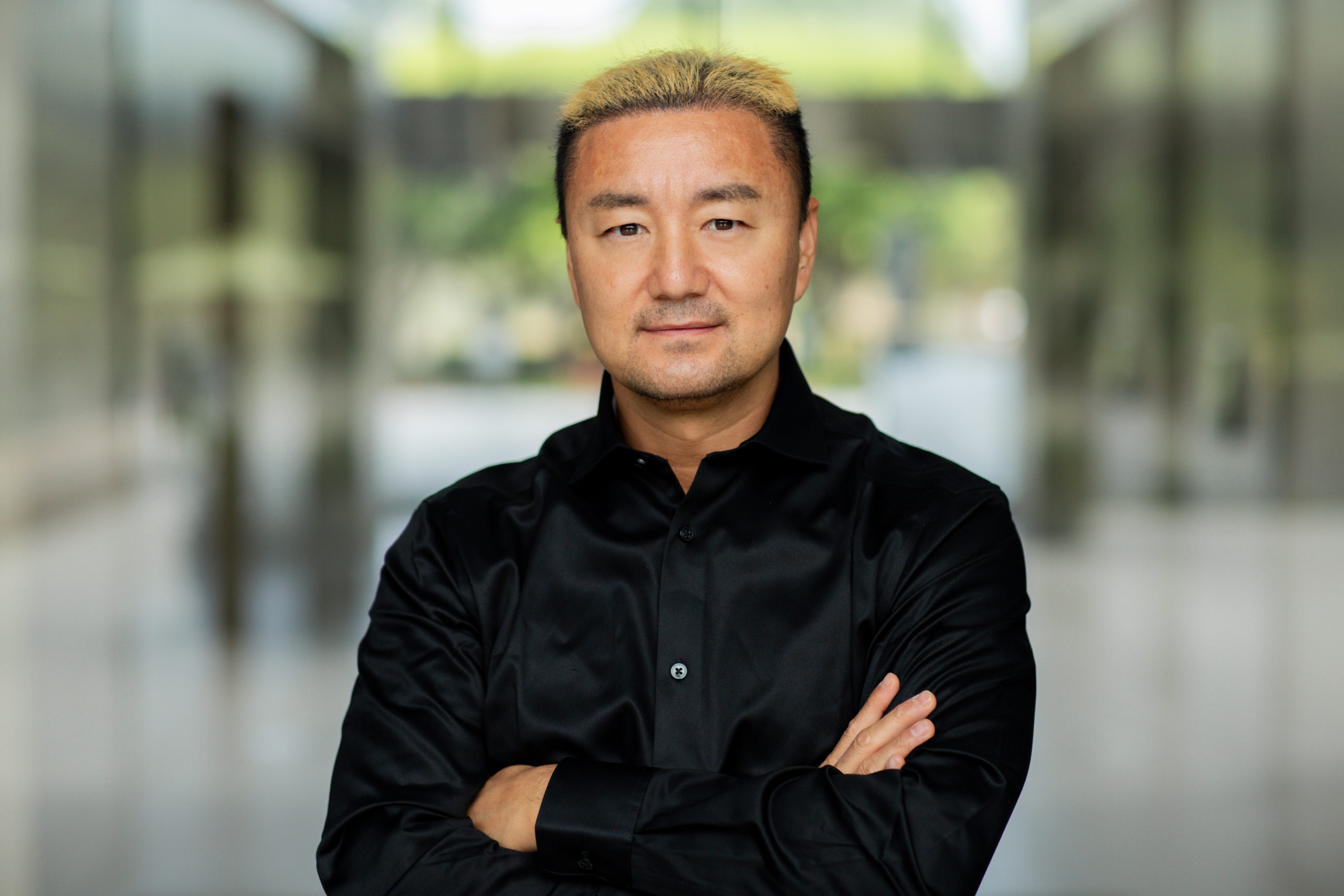 Ben Chung has more than 22 years of experience in the public accounting arena, as well as, invaluable industry exposure. He has extensive experience in audits for both private and public companies, Sarbanes-Oxley 404 planning and testing, purchase accounting under mergers and acquisitions, SEC reporting and due diligence transactions including post-merger integration services. Mr. Chung offers specialized expertise in the consumer, retail, manufacturing and distribution, technology, and non-profit industries. Mr. Chung’s international experience includes; IFRS and due diligence in China and US GAAP conversion audits in China and South Korea. Furthermore, Mr. Chung has been engaged in various IPO engagements, reverse merger [with SPACs] in China and Korea working with large investment bankers, lawyers, and private equity firms. Prior to forming Benjamin & Ko, Mr. Chung served as an Audit Partner for BDO Korea and previously represented the Korea Desk with BDO USA. He completed a two-year international rotation in South Korea and China, overseeing quality control for US GAAP, other foreign reporting filers, and the capital market practice. Mr. Chung also served as Audit Manager for medium to large public companies in the consumer industries practice at both Ernst & Young and PricewaterhouseCoopers. While at BDO, Mr. Chung served as one of the retail industry leaders, managing quarterly technical accounting and auditing webinars, and providing guidance to clients and other Partners in the firm. He was International Controller for American Apparel, Inc. Prior to this, Mr. Chung was Director of Internal Audit and Interim Director of Financial Reporting for Big 5 Sporting Goods. 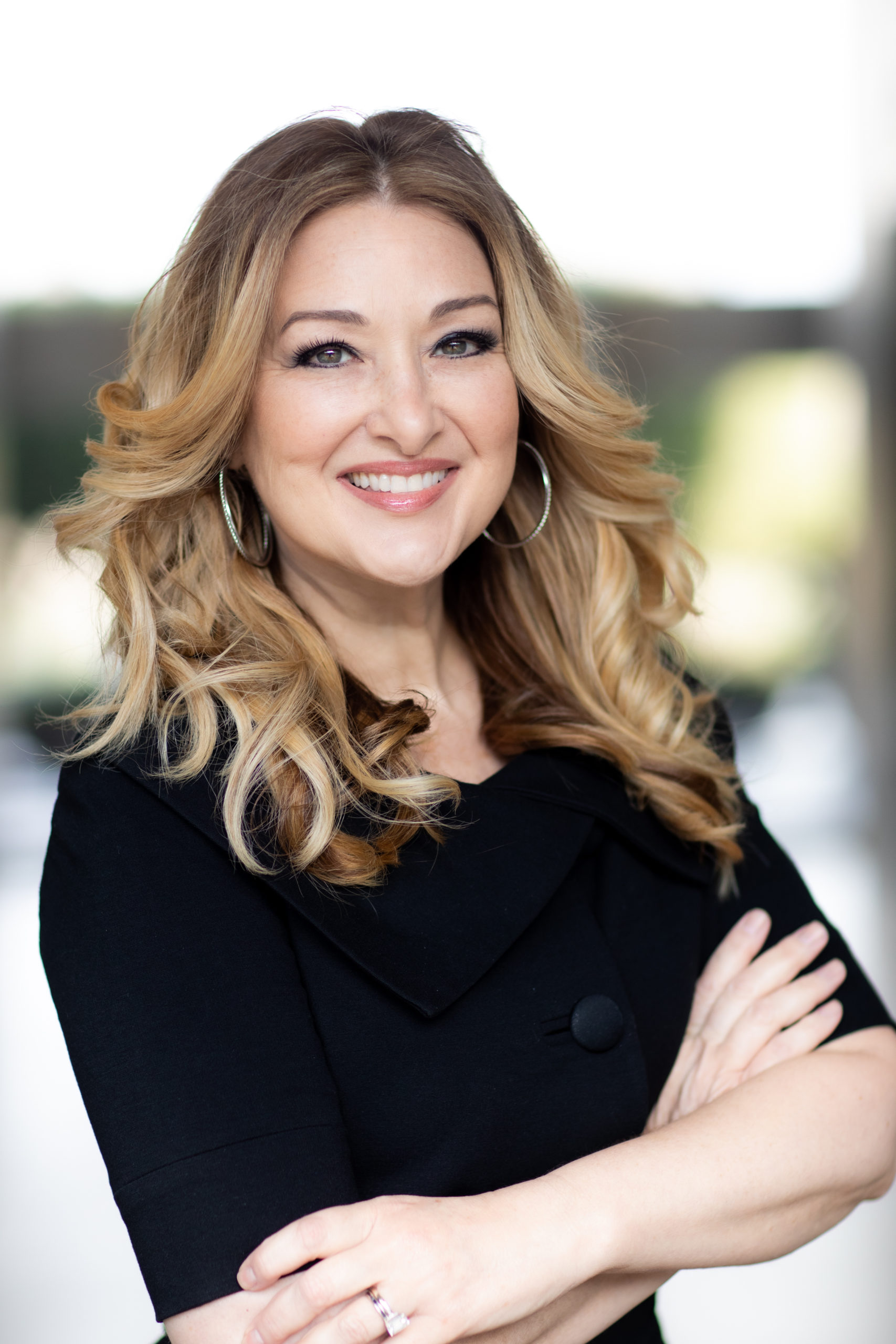 Jacqueline B. Reynolds is the company’s Chief Marketing Officer. She served most recently as vice president of marketing for Sprouts Farmers Market. She has built her reputation as a world-class global marketer, working with Coca-Cola, McDonald’s, Verizon, Walmart, L’Oréal, Xbox, 7-Eleven and many other Fortune 500 brands. She has managed award-winning marketing programs with partners such as the NFL, Super Bowl LIV, the Olympics, the FIFA World Cup, Sony Pictures, Universal Music and others. 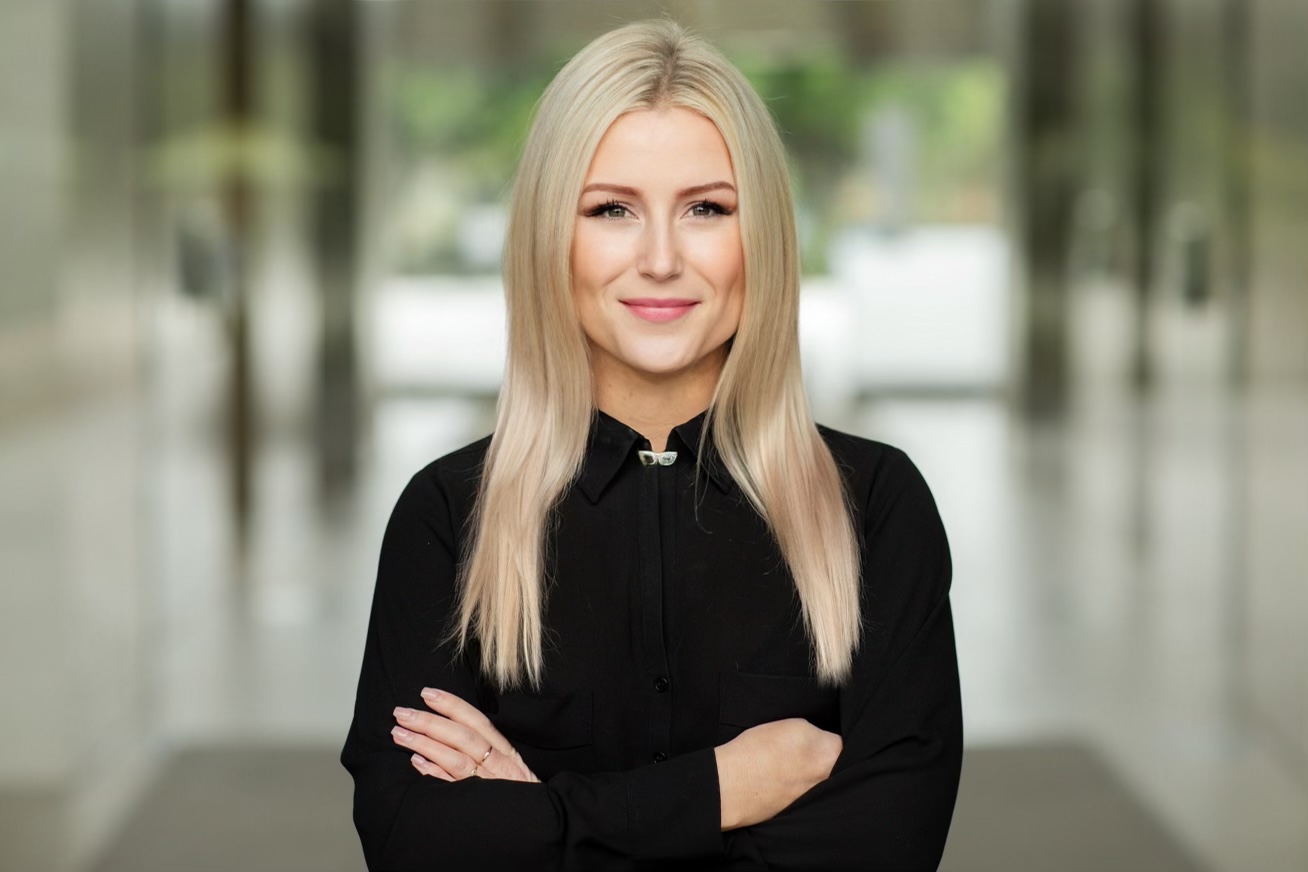 Prior to joining GreenBox in June 2019, Ms. Lee served as in-house counsel for two globally recognized archetypal brands.  She began her legal career in copyright litigation. Following admission to the CA Bar, she set roots in-house at an iconic international media company in Los Angeles, California, where she oversaw all in house legal matters including development, production, and clearances for television, radio, and digital platforms. In 2015, Ms. Lee moved to San Diego, California where she served as in-house counsel for LG Electronics U.S.A., Inc., There she advised various LG divisions and subsidiaries on day-to-day operations, corporate affairs, marketing, advertising, intellectual property issues, and regulatory compliance including data privacy and cybersecurity.  She managed and oversaw various complex litigation matters and her complex contract negotiations contributed to upwards of $500 million annual revenue.  She advised the global mobile division on emerging trends, regulatory updates, and best practices governing data privacy and cybersecurity.